The University of Chicago has been a center of classical studies ever since its founding in 1891.  Indeed the exceptional quality of the Classics Collections was noted even before the doors of the University of Chicago opened.  Its newly appointed founding president, William Rainey Harper, procured an excellent cache of materials from the firm of S. Calvary and Company, a notable Berlin bookseller that had made its reputation in the fields of classical philology and archaeology.  In the proposal for the sale of this collection of books the company boasted that in “certain branches of classical philology and principally in classical archaeology the stock forms the richest existing library in the library world so that it is superior to the British Museum and the Royal Library in Berlin.”  The proposal listed 2,000 volumes for paleography, 25,000 periodicals, 10,000 Greek and Roman archaeology, 80,000 Greek and Roman classics, 2,000 Greek and Roman philology, and 2,5000 general linguistics and Orientalia.  The purchase included 39,020 German dissertations.  This collection later became known as the Berlin Collection.  With the acquisition of the Berlin Collection, the Library became the largest in Chicago, and by 1896 it was the second-largest university collection in the United States with 340,000 titles.  In the areas of classical and ancient Near Eastern studies, there was not only an immediate scholarly audience present at the founding of the University, but both subjects became deeply rooted in the University and continued to thrive as the programs in these areas flourished.  The Library’s holdings clearly reflect the University’s intense interest in these subjects.

Undergraduates can major or minor in Classics.  There are three major variants: Language and Literature; Language Intensive; Greek and Roman Cultures.  The Department of Classics offers four PhD programs: Program in Classical Languages and Literatures; Program in the Ancient Mediterranean World; Program in Ancient Greek and Roman Philosophy; Program in Transformations of the Classical Tradition as well as a joint PhD program with Social Thought.  In addition, the Master of Arts Program in the Humanities offers a Classical Languages Option that is designed primarily for students who are interested in studying Classics at the graduate level but whose language skills do not yet meet the graduate admissions requirements of most major Classics Departments.

The Classics Collection supports faculty and students of the Classics Department as well as many in the following: Art History, the Committee on Social Thought, Comparative Literature, the Divinity School, English, Germanic Studies, History, the Law School, Linguistics, the Oriental Institute, Philosophy, Political Science, Romance Languages, and Theater and Performance Studies.

The following types of material are usually excluded:

Introductory textbooks, anthologies of previously published materials, and some professional handbooks are not purchased.  Unrevised US dissertations that are available via ProQuest Digital Dissertations are excluded.

All formats are included; however, obsolete media are generally excluded.  Electronic formats are preferred over print for journals, reference works, and collections of essays.

Primarily English, Italian, French, German, and some Spanish and modern Greek.  All languages are included when it comes to collections of objects (especially vase-paintings, papyri, and inscriptions) and site reports.

Classical Studies is a cross-disciplinary study and as such one will find relevant materials in all classifications.  The bulk of the collection, however, locates in the following ranges within The Joseph Regenstein Library.

The reference collection is housed in the Classics Reading Room (RR4Cla), located in The Joseph Regenstein Library in the northwest corner of the Fourth Floor Reading Room. 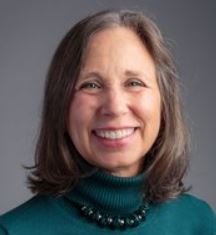 The Library welcomes suggestions for the acquisition of materials which support the University's teaching and research programs.

Use this form to submit a request.
It will be routed to the appropriate subject specialist for consideration.