History: The Oriental Institute of the University of Chicago was founded in 1919, and included a library with a selection policy embracing all useful printed material on any aspect of the ancient Near East. Beginning in the 1960s, materials relating to the Islamic period of the same area were added. When Regenstein Library opened in 1970, the Oriental Institute’s collection was moved there as part of the graduate library for humanities and social sciences.

Broad subject areas emphasized or de-emphasized: The collection covers the Islamic Middle East as it is studied through the various disciplines of the humanities and the social sciences. These include history, literature, language, religion, philosophy, bibliography, art, political science, anthropology, music, sociology, and film. With such a broad focus there are inevitably many areas of overlap with various other collectors’ fields of responsibility.

Audience/Purpose: The collection supports the demands of teaching and research (undergraduate, graduate, and faculty) for one of the major Middle Eastern Studies programs in the world. It serves students and researchers in the departments of Anthropology, Art History, Cinema and Media Studies, Comparative Human Development, Comparative Literature, Economics, History, Linguistics, Music, Near Eastern Languages and Literatures, Political Science, Social Thought, Sociology, and South Asian Languages and Civilizations. Other units in the University which make use of the collection include professional schools (Business, Public Policy Studies, Divinity, Law), area centers (Center for Middle Eastern Studies, Center for Eastern European, Russian, and Eurasian Studies, Center for International Studies, South Asia Language and Area Center), committees (Jewish Studies, Conceptual and Historical Foundations of Science, Geographical Studies, International Relations), the Humanities and Social Sciences Collegiate Divisions, and the Oriental Institute. The collection also serves an important regional role in meeting the needs of faculty and students at other universities that have Middle Eastern Studies programs but lack our extensive resources, including UIC, Northwestern, Loyola, DePaul, and Notre Dame. Secondarily, the collection responds to the needs of other outside academic, corporate, and government users.

Levels of Selection (comprehensive, research, instructional support, basic information; for a description of these levels, see the general policy statement. The intent of the collection development policy is to cover all disciplines in the social sciences and the humanities as they relate to the Middle East. While in the past we aspired to and perhaps achieved the level of “comprehensive” collection in many of these disciplines, the current volume of publication in the field makes this level now unattainable. Special effort is made to collect more intensively in specific areas needed by faculty and by Ph.D. students.

Type of materials included and excluded: The following types of materials are usually excluded: text books, language learning materials, popular literature and religious materials, translations into a language other than English, and unrevised dissertations.

Publication dates collected: There are no limits, though publishing conditions in the Middle East make retrospective purchasing difficult. The great majority of material acquired is current. We take advantage of specially-acquired collections of older materials as they are offered by our dealers in the Middle East.

Languages: Arabic, Persian, and Turkish. In most of the many subfields that we cover we also purchase in the languages of Western scholarship (primarily English, German, French, and Italian). As mentioned above, strictly theological works relating to Islam in Western languages are selected by the Bibliographer for Religion.

Chronological span: From the rise of Islam (sixth century A.D.) to the present time.

The size, range, and quality of the collection make it one of the premier research collections in the world for Middle Eastern and Islamic studies. While the collection is exceptionally strong overall, it is appropriate to call attention in particular to holdings in Ottoman history and literature which are unequalled in the U.S., and an unparalleled collection in Persian on the economic, political, and social history of Iran. Other special strengths include modern Turkish literature and history, and classical and modern Arabic literature. The collection also contains unique holdings of twentieth-century Persian serials, nineteenth- and early twentieth-century Ottoman serials and government documents, women’s magazines in Arabic, Persian, and Ottoman, publications of the Muslim Brotherhood, and current government and statistical materials in Arabic, Persian, and Turkish.

The Middle Eastern Studies collection is complemented, in various ways, by virtually every other collection in Regenstein library, including Religion and Philosophy, Art and Cinema, Maps, Linguistics, Classics and Ancient Near East, Medieval and Byzantine Studies, Jewish Studies, Social Sciences, Slavic, and Southern Asia, as well as the collections of the Oriental Institute and the Law School. 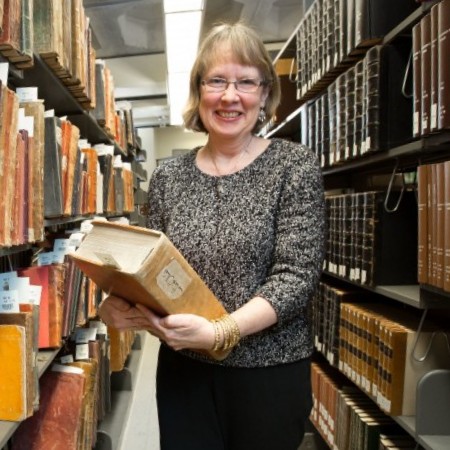