Research guide for locating Bilateral Labor Agreements. A BLA is any treaty that regulates the flow of workers between two countries, including amendments and additional protocols to previously signed agreements. 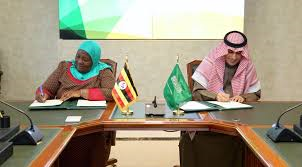 This LibGuide provides research strategies, and links to sources for the full texts of, as well as indexes to, bilateral labor agreements (BLAs). For the purposes of this research project, a BLA is "any treaty that regulates the flow of workers between two countries, including amendments and additional protocols to previously signed agreements."

BLAs can be located by searching sources of bilateral treaties or international agreements, including specialized labor/migration treaty sources. A treaty instrument or international agreement can be called a pact, accord, memorandum of understanding (MoU), memorandum of agreement (MoA), declaration, or an exchange of notes and letters.  BLAs can be published in print treaty series, official gazettes, treaty databases, websites, treaty compilations including topical/subject compilations. And they can be published in articles, books, papers, a variety of sources.

BLAs can cover topics such as the below.