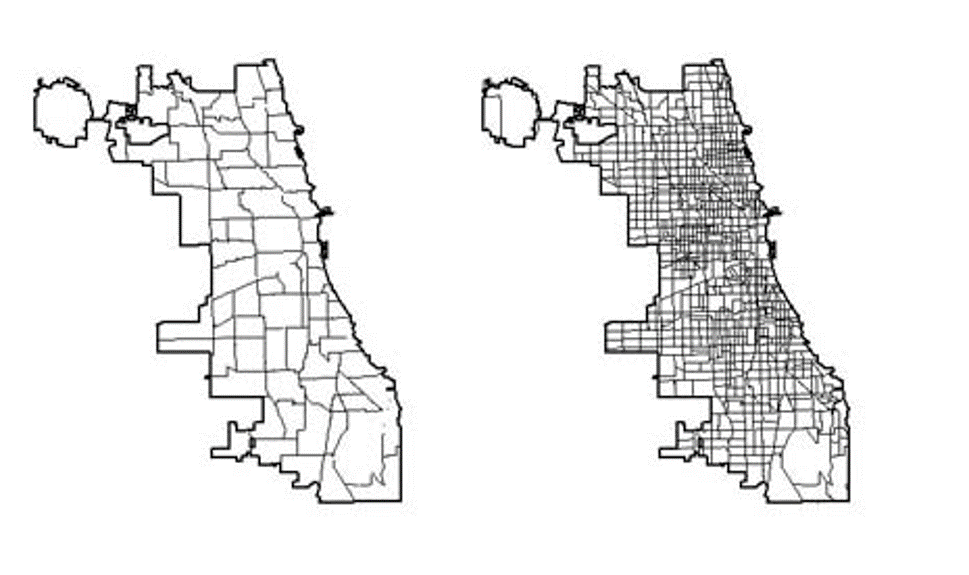 This page has resources for finding U.S. Census maps primarily related to Chicago.

Use these links to find static maps from the U.S. Decennial Census or created from census data:

For anyone interested in creating a map with census data, try these resources:

Census tracts are small areas of about 1200 households, or 2000-4000 people. The 866 Chicago census tracts have remained nearly consistent since the 1920s, but the numbering system for the tracts has changed. Census tracts for the Chicago suburbs have significantly changed through the years.

Census blocks are the smallest geography level data is collected and correspond closely to city blocks. Census data on this level is often not available to protect to prevent identification of individuals. Chicago has approximately 10,000 census blocks.

Block groups consist of several blocks; there are typically between three and five block groups to a tract. At this level data suppression is more common, and census-to-census comparison is difficult.

The Chicago community areas and neighborhoods such as Hyde Park, Kenwood, and Lincoln Park are not recognized by the U.S. Census Bureau and are unique to Chicago. However, these 77 districts align closely with census tracts.

Chicago's community areas were proposed in the 1920's and have remained mostly consistent. The Chicago city government uses the community areas for statistics, but it is not possible to derive community area data from census tract data in a straightforward way. 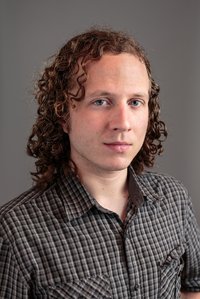 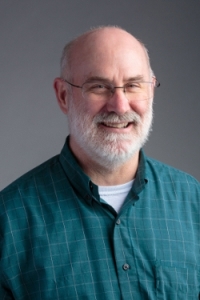