Turkey Hunting in the Old Dominion, Published in the Washington Post, Saturday, November 3, 1906. From the Library of Congress.

"In this cartoon, Teddy Roosevelt caresses rather than shoots these domesticated turkeys at his hunting lodge, Pine Knot, near Charlottesville, Virginia, while the Clifford Berryman's (1869-1949) trademark "teddy bear" presses his paw against the flap of his game bag. On November 1, 1906, Roosevelt's neighbors played a joke on him, turning a flock of domestic turkeys loose into the area, but the president discovered the trick. Although Roosevelt may not have killed domesticated turkeys, he did shoot a wild turkey that week at Pine Knot. Berryman was renowned for his lighthearted likenesses of politicians and for popularizing the teddy bear, which became an iconic toy for American children." 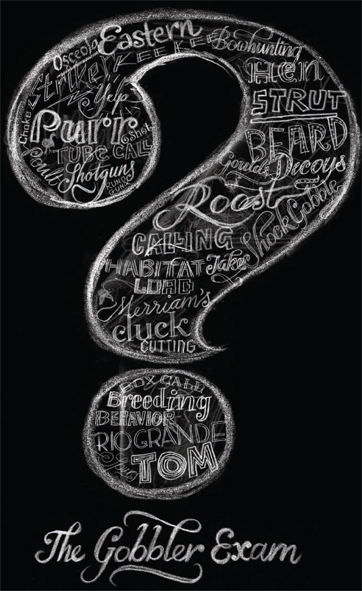 How well do you know turkeys?

Take the Gobbler Exam, published in the April 2010 issue of Field and Stream, via EBSCOhost (UCID required to view).